Hey all! It's been a couple of weeks since we released Rift Core. In that time, I've been writing some tech-oriented blog posts about the visuals in the project.

Both my partner and I were satisfied with the amount of visual fidelity we were able to cram into the game in our short development timeframe. We never would have been able to, though, if it were not for the tutorials and articles we read ourselves during development. I wanted to take the experience we gained and give it back to the community so that we could all learn some lessons.

These posts are more targeted towards game developers, but if you're just a player interested in a peek behind the curtain, please do also take a look! 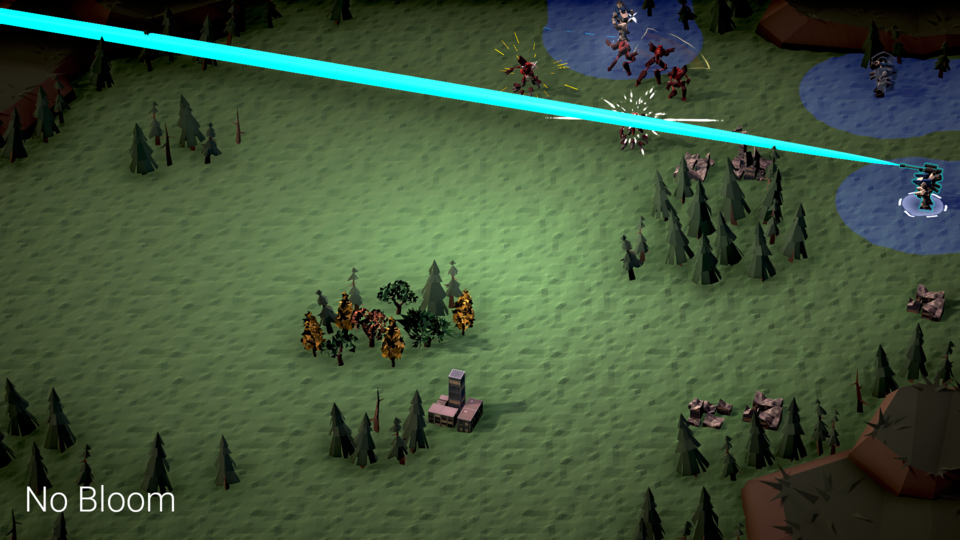 In this post, I cover the general setup we used to achieve the look of the game. I go into detail about things like lights, cameras, and postprocessing effects. In addition, I describe the process we used to come up with these settings. 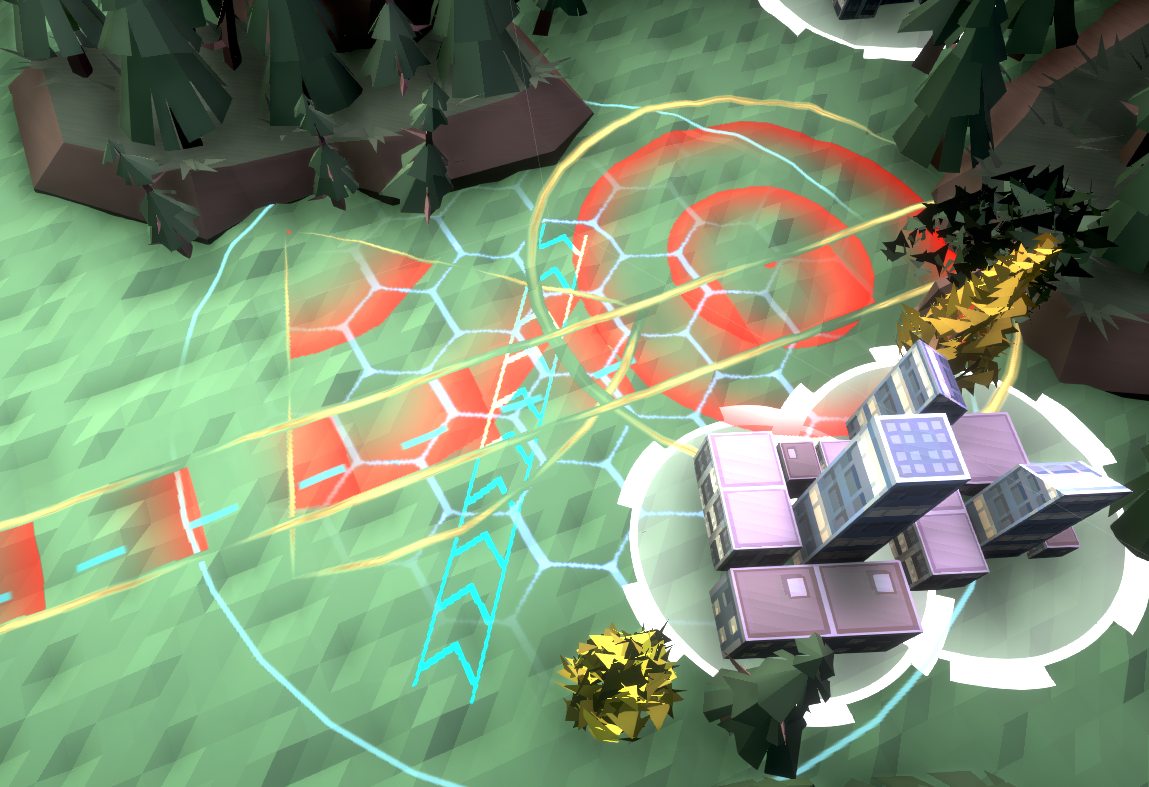 We used a lot of decals in Rift Core. They indicate attacks, targets, movement, and all of them are important to show to the player. We found it a real challenge to blend these correctly into the terrain and into each other. I describe the problems we ran into, and the solutions which we eventually used. 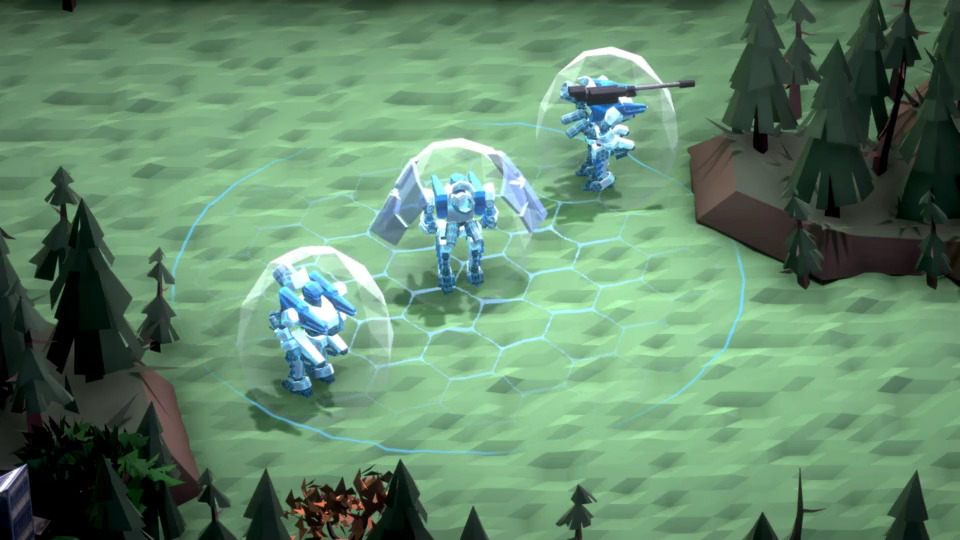 The shield VFX is, we think, the most visually interesting effect in the game. The effect combines geometry, shaders, and scripts to make something that not only looks cool, but is also very readable. I break down each of the elements that go into this visual effect, and provide code and/or shader graphs for each component.

I hope this information proves helpful to someone in the future. As always, thanks for playing Rift Core, and let us know what you think in the comments section!