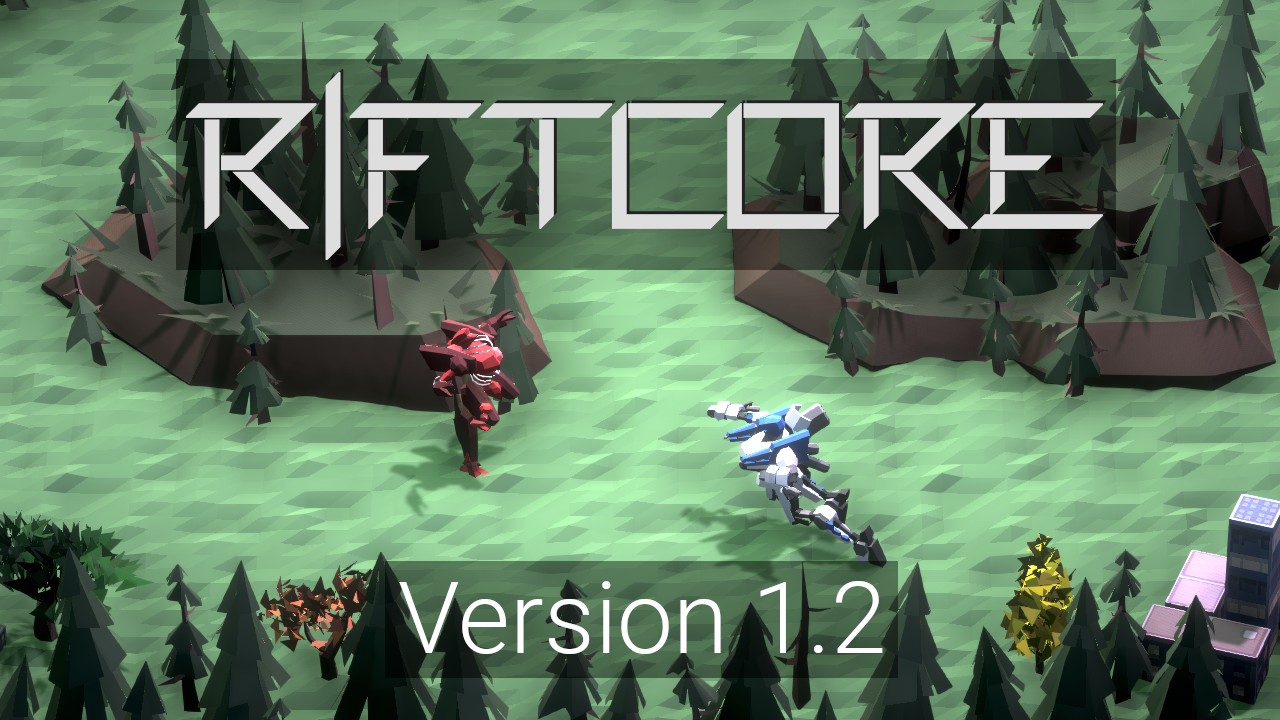 We've pushed the first update for Rift Core! (Technically the second one since we stealth-pushed v1.1, but ignore that :D)

Thanks for those who have played the game, and let us know what you think of it in the comments! And as a bonus for reading this devlog, check out this bug I ran into that I found slightly amusing:

Awesome game! Never really played this style of game before, so it got pretty overwhelming with everything happening on screen towards the end, especially cause sometimes I couldn't differentiate my dudes from the enemies (hard to tell between my red guys and the red enemies). Also, it'd be great if tab would move the selection to the next guy even if you had a weapon selected - sometimes I would try to tab and it wouldn't work, and then I'd die :(  Having to right click out of the weapon was sometimes inconvenient.

Once again, I enjoyed it - cool art and feel. The difficulty really spiked at the second rift, and I finally caved and had to lower the difficulty wayyyyy down to beat the last stage. I found it nearly impossible to many any headway on the final stage on the default settings. The reward was worth it though!

The music was awesome! Jon is the best, and the reason I played.

Really appreciate the feedback! Tab with weapon selected is something I'd never thought about and is totally an easy fix, I'll put that in the next update. Thanks for making it all the way through despite the difficulty :D